Why We Started Simply (And How We're Changing An Industry) 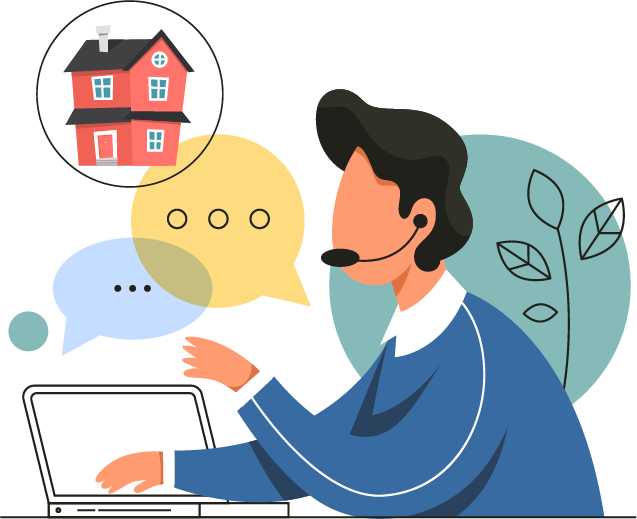 Six months after my wife and I were married, and were just settling into that huge shift in our world, we realized that we needed to make a major life change for a loved one. We needed to move her closer to us, and we needed to sell her home - fast.

I’ve worked in the startup and tech world for the better part of the last ten years. During that time I’ve seen a lot of industries change and adapt their operating model. Take something simple, like eyeglasses, for example. It used to be that you bought your glasses from pretty much one of two places – your eye doctor, or a place like Lenscrafters. That was it – those were your choices. I even remember when Lenscrafters themselves first started popping up in the malls. It was incredible that you could get glasses in about an hour (it still is, in my opinion). Look at other spaces – Amazon has changed the way that we buy everything from diapers to dishwashers (and books, computers, etc.). Wayfair changed the way that we buy furniture, and companies like Carvana have made it simple to buy a car online, e

You’re probably wondering how this relates to Simply. Let me tell you a story. It’ll make sense in a few minutes.

We had to sell a house.

Six months after my wife and I were married, and were just settling into that huge shift in our world, we realized that we needed to make a major life change for a loved one. We needed to move her closer to us, and we needed to sell her home – fast. This is where we begin.

Most of us tend to hold the house we grew up in (or raised a family in) in a certain special place in our heart. The memories created there, the laughs, cries, and everything in between create an attachment that can be hard to deal with. It can also create a bit of a fog when it comes to understanding how to handle selling it and moving on. Odds are that house, especially when you hadn’t planned on selling it, isn’t entirely up to date.

How much work did the house need?

We knew that we needed to get the ball rolling, and so we hopped in the car, and drove the 1.5 hours to go and begin figuring out what work would be needed to get the house ready to sell. I’ve worked and invested in real estate over the years, and have done enough remodeling and updating to properties to be able to figure out roughly what it costs to rehab a home. Here’s a hint – it’s always more than you think. 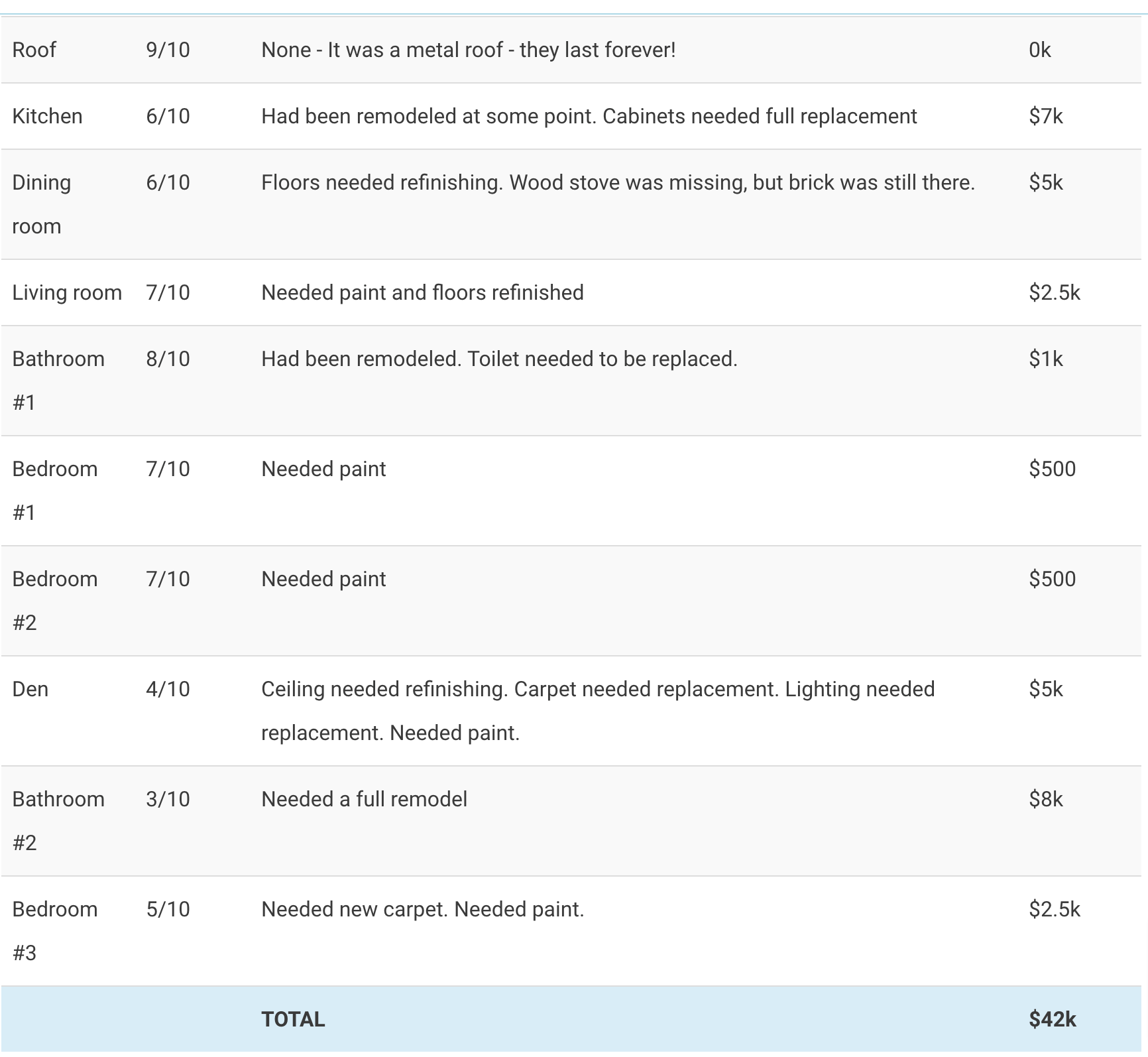 $42k in repairs and updates!

As you can see, the house needed some work to make it market ready. We hadn’t even figured it the cost of actually selling it! Here’s the reality – around 90% of homes sold in the USA are sold “on the market” – this means they are listed with a real estate agent, whom is responsible for doing a few things:

What do they get paid for this? Usually around 5%-6% of the selling price. If they do their job well then its money well earned. It still costs a significant amount! On a home (like the one we were dealing with) that has a value (fully repaired and updated) of around $300k, this is $15,000-$18,000 dollars. This still hasn’t accounted for “carrying costs”.

What are carrying costs?

Carrying costs are the costs associated with simply owning a home. This can (and usually is) things like taxes, mortgage payments, utilities, etc. Every month that you own a home (especially when you’re trying to sell it) these costs are “carried” by you – the owner – and they chip away at the potential amount of money you’ll actually walk away with when you finally sell.

For example – Lets say that your monthly carrying costs are $3k per month. If it takes you three months to sell the house, then you need to sell it for $9,473 more than if you were able to sell it the day you started the process. Why $9,473 dollars, and not $9,000? Simple – for every dollar you get for the house when you sell with a real estate agent, you’re actually only making 95% of it, or 95 cents on the dollar (you have to figure in their fee!).

This means that every day you’re still owning the house after you’ve decided that selling is the right move, you’re actually losing money. Why? You really can’t increase the asking price once its officially listed “on the market”. This means month after month, you’re going to make less the longer it takes to sell.

That isn’t really cool. At least we didn’t think so. Its not that its anyone’s fault. Its just the nature of the beast.

What were our options for selling the house?

We decided that we needed to explore other options for selling the house. At this point we hadn’t ruled out doing the work, and then listing the house, but we were in no way thrilled with the idea. Here were the options we came up with:

Option 1: Do the repairs and updating, then list the house with a real estate broker

This really wasn’t interesting to us, but would have been the most “normal” thing to do. This would take at least 4-6 months to complete the entire project, and get the house sold.

Option 2: Rent the house out

We toyed with this idea for a while. Because the house itself was paid off, the carrying costs monthly were actually pretty low. If we could rent the house out for $1,500/month then it would cashflow a few hundred dollars per month, after expenses. The issues that we came up with were:

So that was pretty much off the table.

Option 3: Sell the house FSBO, or “For Sale By Owner”

This was an option that on the surface made some sense. We would still have to do the repairs and updates, but we would save 5%-6% on the sale, because we wouldn’t have to pay a realtor. Everything else was the same otherwise, as the house would still need the work done, and on top of that it would have to be ready for showings all the time (just as it would if it was listed with the Realtor). What really didn’t work for us was that the family member living in the house would have to do the showings. This is never a good idea, as they know the house too well, and its a personal situation. That’s never good when selling something.

Option 4: Sell the house “As Is” to a property investor (a house flipper)

What does selling a house “as-is” mean? It’s pretty simple – you’re selling the house in its current state, with no additional work done, and (usually) very limited contingencies to the sale. The sale is usually an “all cash offer” (meaning no financing), or its financed via a “Hard Money Lender” – a private investor that lends money on real estate for a short period of time, often at a high interest rate.

We spoke to several property investors, and while parts of their offers were attractive (quick closing, no work, etc.), there was a massive issue – they were offering extremely low amounts. How low? LOW.

Property investors need to be able to make a profit. Thats fair and reasonable. What isn’t fair or reasonable is when someone tries to take advantage of a situation. The offers we were getting were fifty cents on the dollar. On top of that, there was a general uneasy feeling with the ones we spoke to. They didn’t have strong brands, nor did they have what felt like a professional presence. The reality is that many (if not most) property investors treat renovating houses as a series of projects, rather than as true business. We weren’t impressed.

What did we end up doing?

Before I get to what we ended up doing, lets review the options in this chart:

What we realized is that we would actually make less money if we did it the “right” way, and did the full remodel and marketed the property with a real estate agent. This was eye opening. What we also realized is that we liked the idea of selling to a property investor, but not the terms that were being offered.

What if there were another way?

The idea for Simply was born

This got my mental wheels spinning in overdrive.

Was there a way to provide the speed and ease of a local flipper (property investor), but do it in a way that would be fair to the seller, while still leaving room in the deal for the investor to make a profit? I believed that there was. I believed that a model could be developed, where the seller of a property could be offered a fair cash for their home, as is, that could all but guarantee that it would put more money in their pocket than the local property flipper could offer, and close in a short period of time.

Simply offer a better deal. This would mean taking slightly less potential profit than other investors would be able to. You would make up the difference by doing more deals. You would have more opportunities because you were literally putting more money in the sellers pocket, and because of the increased volume, you would, as the investor, make more money over time. You could leverage the power of automated systems to streamline how the company would operate, and you would still be able to turn a profit, while doing right by the seller – every single time.

This became the basis of the Simply Model. Offer a seller more than others, because you’re taking (slightly) less potential profit. Literally everyone wins. Today Simply is able to make you, the seller of a house that just needs a bit of care and attention, the best cash offer for your property, as-is. No showings. No cleaning. No repairs. We even pay all the closing costs. That’s right – our sellers pay zero fees.

This is a better way to sell your house. We’re helping home owners across the country get out of properties that the want or need to sell, in a short amount of time, and they walk away with the most money possible, without having to do any work, have any showings, do any cleaning, or pay any fees.

Also – you’re probably wondering what happened with the house…

Just as we were about to start option 2 – the FSBO route, we had a neighbor offer to buy it, for a fair cash price. 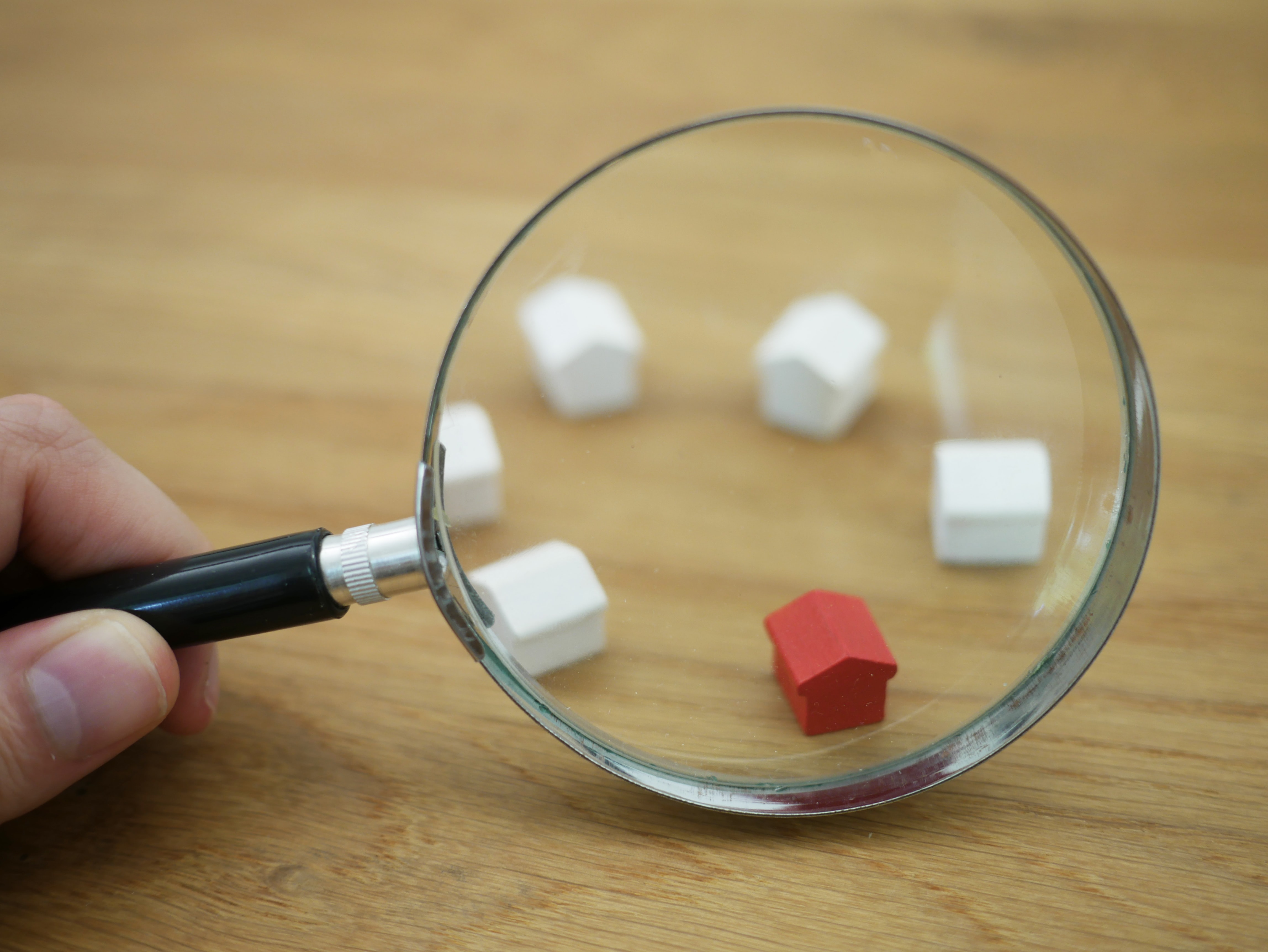 Home Appraisal Checklist: How Much Is Your Home Worth? 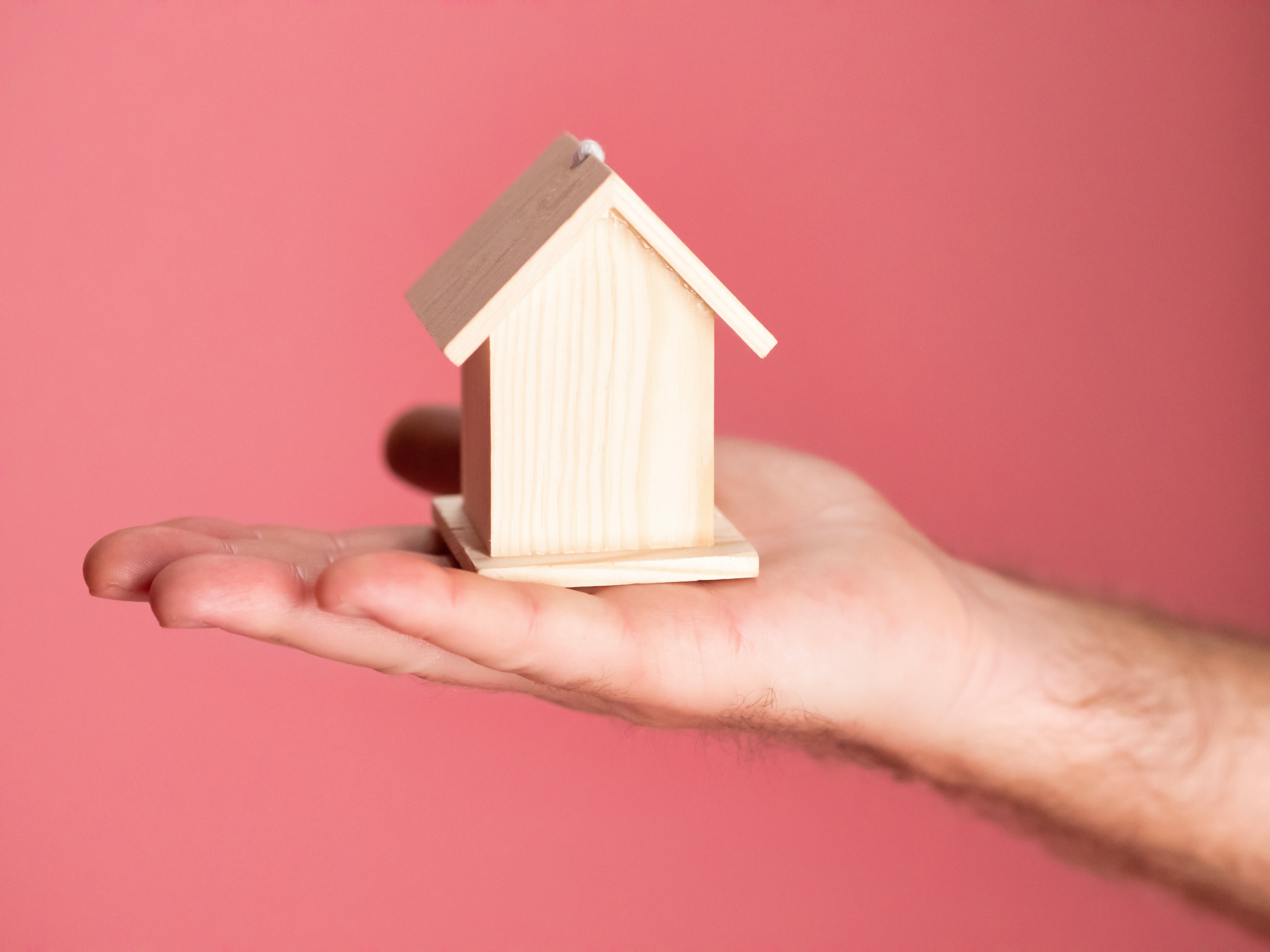 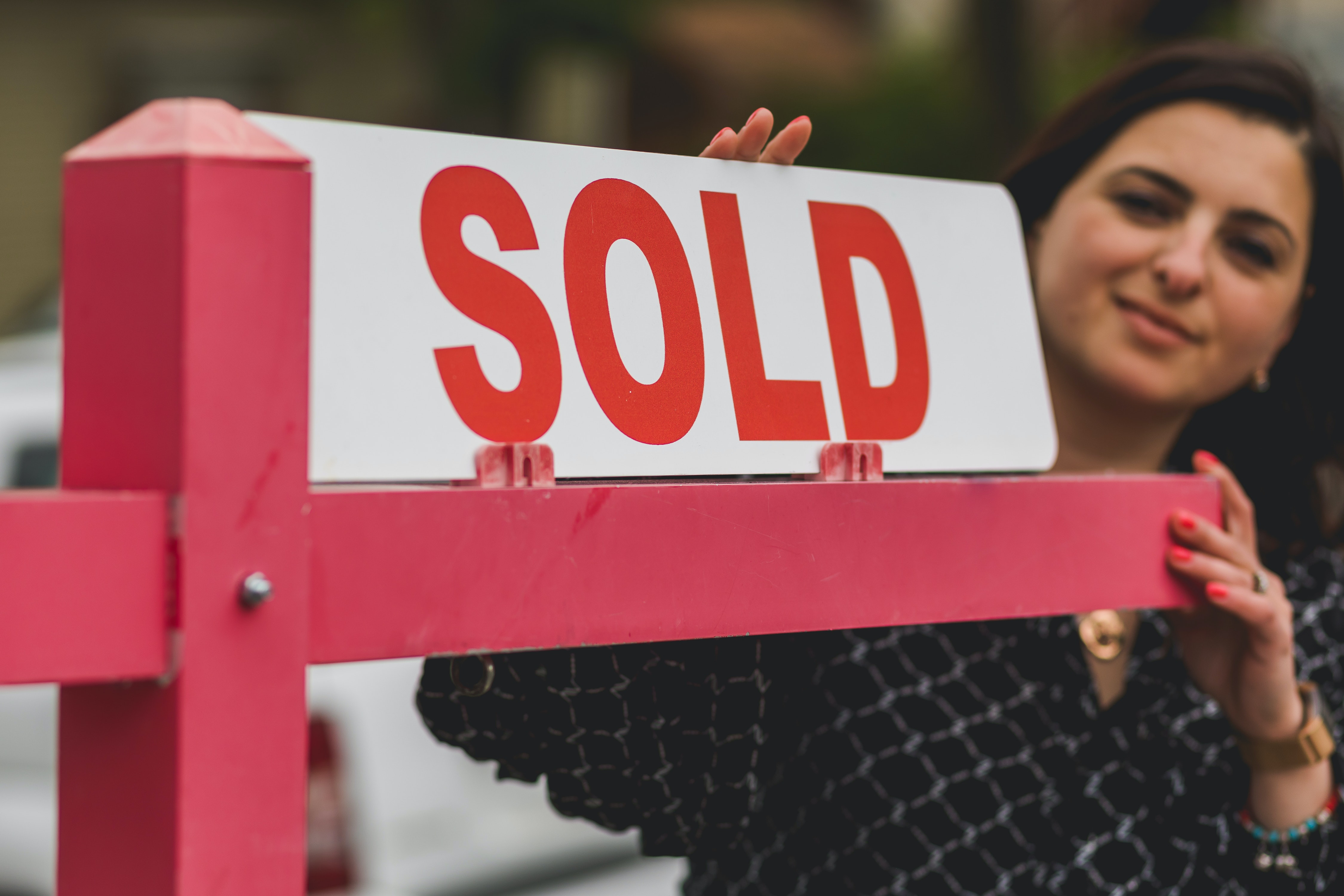 6 Tips to Sell Your Home Fast 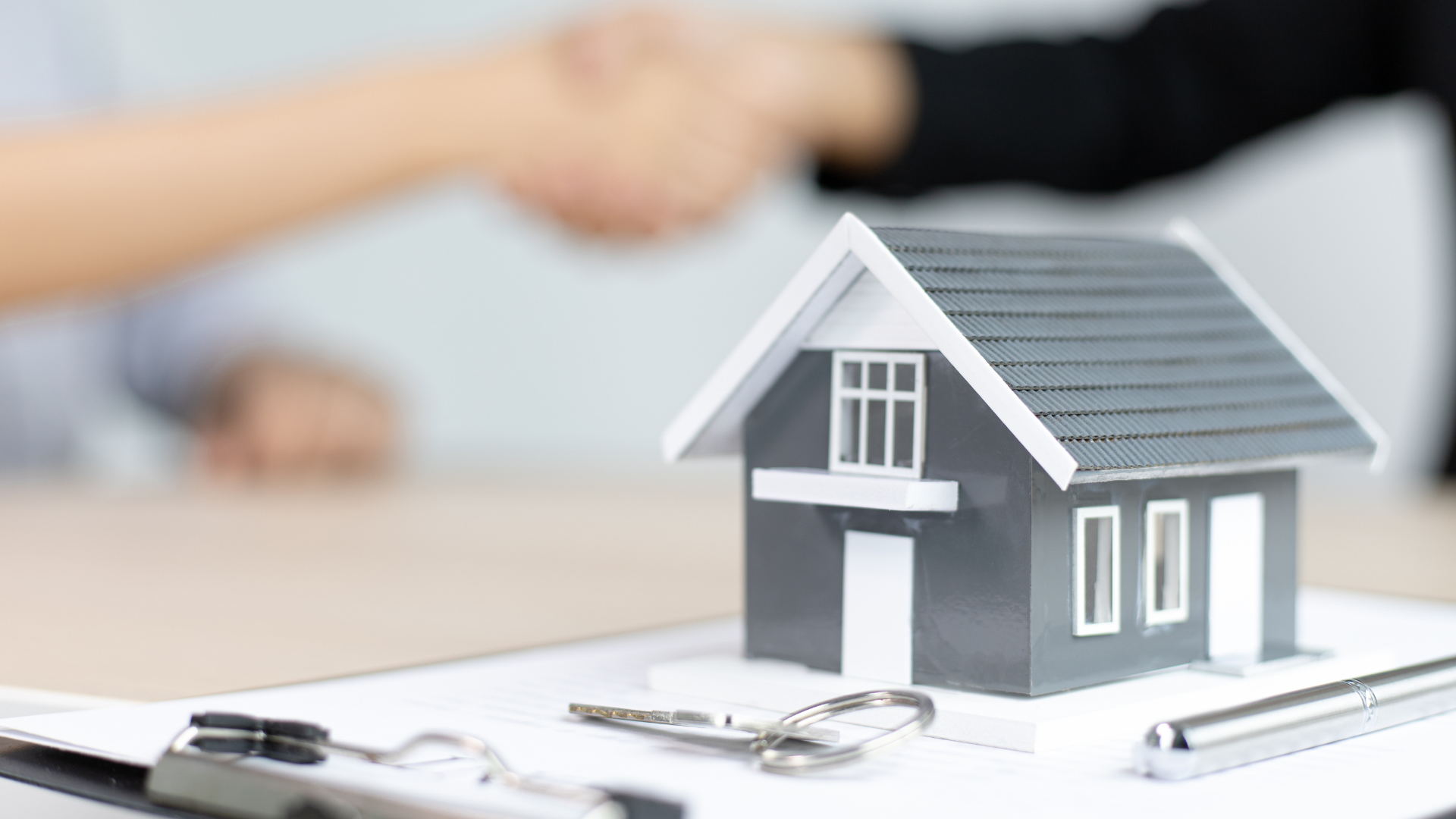 Why We Buy Houses

Give Us 30 Seconds.
We'll Give You An Answer.

Get the highest off-market price
and close on your timeline